JOIN US FOR A CELEBRATION OF ALL THINGS NEWTON, IOWA: ARTS, FOOD, MUSIC, HISTORY, RED PRIDE & SO MUCH MORE 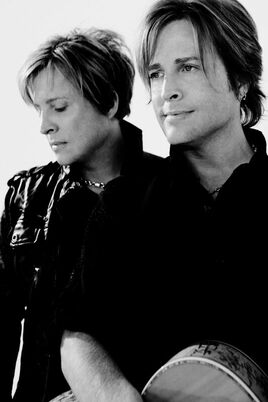 Community members will be seeing double during Newton Fest in June.

Newton Fest committee members announced rock band Nelson will be performing their show “An Evening with the Nelsons” on Saturday, June 8.

“With the fifth year of Newton Fest this summer we wanted to do something big,” said Danielle Rogers, one of the event’s organizers. “Having a musical act the caliber of Nelson is something the committee is very proud of. We think the concert will help bring more people to see our great town and enjoy Newton Fest.”

The band, featuring twins Matthew and Gunnar Nelson, will perform an evening of their biggest hits including “(Can’t Live Without Your) Love & Affection” and “After the Rain.” The brothers also will perform the songs of their father, rock legend Ricky Nelson. The senior Nelson, who died in 1985, had 14 Top 10 hits including two that went to number one – “Travelin’ Man” and “Poor Little Fool.”

“Nelson has an amazing songbook from which they perform including their hits and their dad’s hits,” said Jessica Lowe Vokes, a Newton Fest organizer since it began in 2015. “Their catalog spans generations. I think people will love to hear the rock anthems of the ‘90s coupled with some of the most iconic songs from the beginning of rock’n’roll.”

The band also has ties to Iowa, having toured the state many times both as a duo and with their “Ricky Nelson Remembered” tribute show. They are also the grandsons of Ozzie and Harriet Nelson, stars of the 1950’s TV show “The Adventures of Ozzie & Harriet.” Harriet Nelson was born Peggy Lou Snyder in 1909 in Des Moines.

“I’ve seen them perform before and they are very proud of their Iowa ties, their family legacy and their music,” Lowe Vokes said. “They will be doing a hybrid of their tribute show mixed with their hits but the best part is their stories they share between songs. I think people are going to love the show.”

The concert will be at the historic Maytag Bowl in Maytag Park. Like most of Newton Fest’s activities, the show will be free and open to all ages.

​​“It is going to be a great night of entertainment,” Rogers said. “We’ve wanted a nationally known act and we finally have one. Nelson is a great addition to our lineup and to be able to offer it for free is going to allow everyone who wants to the opportunity to have a great time.” 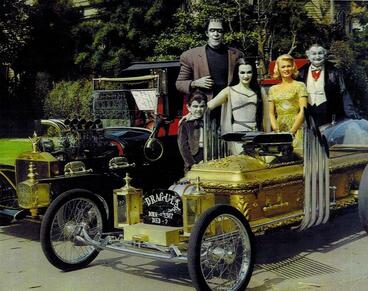 Newton Fest is going Hollywood for 2019! Organizers of the annual event are excited to announce Butch Patrick, who played Eddie Munster in the '60s TV hit "The Munsters," will be making a special appearance during the Newton Chamber of Commerce Cool Car Show on Saturday, June 8 in Newton.

Patrick is also bringing his famous rides - the Munster Koach and the Drag-u-la - for display. Fans can meet Patrick, get pictures with the star and his "celebrity" cars and purchase autographs.

Patrick has been part of TV and movies since he ws 7 years old and appeared on classics like "Bonanza," "Mister Ed," "Lidsville," "My Three Sons," "The Monkees" and of course "The Munsters."
​
Patrick's appearance is sponsored by Newton Fest Committee.

THANK YOU TO OUR AMAZING SPONSORS!!!