JOIN US FOR A CELEBRATION OF ALL THINGS NEWTON, IOWA: ARTS, FOOD, MUSIC, HISTORY, RED PRIDE & SO MUCH MORE

Newton Fest, the weekend that celebrates the best of Newton, is set for June 9 - 11, 2022 the event will feature family-friendly activities for residents and visitors to enjoy.

The City of Newton has scheduled two free concerts to take place at Maytag Bowl during Newton Fest on Thursday and Saturday.

On Thursday, June 9, Newton Fest will kick off with a free concert from Opus Taylor, as part of Newton Fest and the Maytag Bowl Summer Concert Series. The band, which is made up of six members, plays classic rock and blues entertainment that is sure to get you on your feet.

​Damon Dotson and his full band will take the stage of Maytag Bowl on Saturday, June 11 as the Newton Fest headliner. Dotson is a singer/songwriter based out of Des Moines, IA and originally from Northwest Iowa. Dotson has released four original albums and played countless shows throughout the Midwest. He has opened for legendary performers like BB King, Willie Nelson, The Beach Boys, as well as modern artists like Matt Nathanson, Edwin McCain, and The Lone Bellow.

There are many other events taking place throughout the community during the Newton Fest weekend; this includes activities from the Greater Newton Area Chamber of Commerce, Newton Main Street and Destination Downtown Newton Alliance in downtown Newton, to the Legacy Plaza activities hosted by Gezellig Brewing Company and the Cellar Peanut Pub, to a variety of activities including inflatables, laser tag, the Newton Fire Department & Newton Police Department’s Safety Fest and more at Maytag Park. It’s also the Newton Senior High School Alumni Weekend with a variety of reunions and events scheduled all weekend. A full schedule of events planned so far is available at www.newtonfest.org.
​
Newton Fest is the community event that began in 2015 and celebrates what is great about our community. From showcasing Red Pride to admiring Newton’s artistic side, the weekend is provides family-friendly, affordable fun for everyone.

THANK YOU TO OUR PARTNERS & SPONSORS! 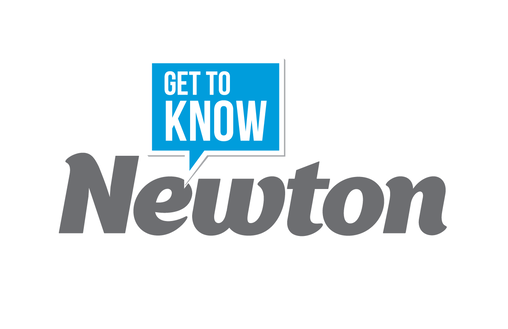